Our brand new property in Arc 1950 ‘Les Oursons’ translates to ‘The Bears’ hence the name of Bear Lodge for the 30 bedroom hotel, and we couldn’t resist naming the 12 chalets after various fictional bear characters.

Here’s the lowdown on each of our 12 bears. How many do you recognise?

Of course, everyone will recognise the wonderful Baloo from Jungle Book, the loyal friend of Mowgli and Bagheera. Baloo is a friendly, even-tempered character who lives a responsibility-free lifestyle. Like in the novel, Baloo is one of Mowgli's mentors and friends. Baloo is also patient and strong; his only apparent weakness is that he's ticklish.

Voices of Baloo include Phil Harris in the first film, John Goodman in the second film and Bill Murray in the CGI remake. 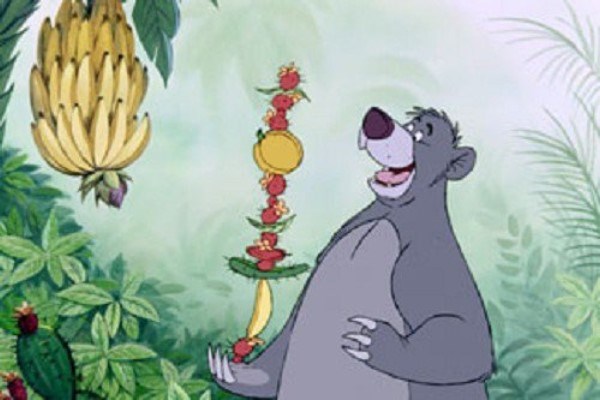 Luk is a polar bear featuring in ‘Balto’, a 1995 American live-action/animated adventure film directed by Simon Wells. The film is loosely based on a true story about the dog of the same name who helped save children infected with diphtheria in the 1925 Serum Run to Nome. The film stars Kevin Bacon, Bridget Fonda, Jim Cummings, Phil Collins and Bob Hoskins, with Miriam Margolyes in the live-action sequences which were shot in New York City's Central Park.

Phil Collins was the voice of both Muk and Luk, a pair of polar bears, Boris' nephews, and Balto's adoptive brothers 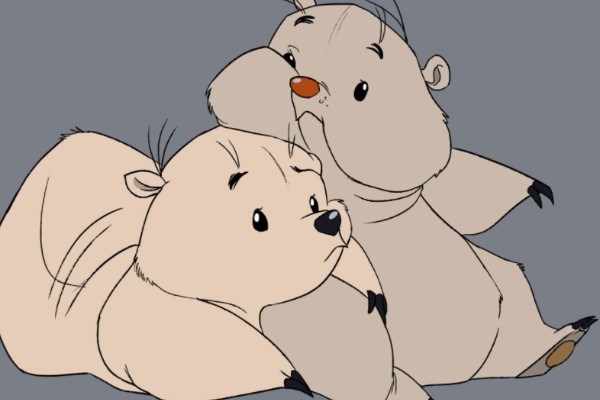 The lovable bat Bartok goes on his own adventure and meets a pink snake, a dapper bear Zozi, Prince Ivan Romanov and evil witch Baba Yaga trying to rule all of Russia. Kelsey Grammar was the voice of Zozi in the animated film. 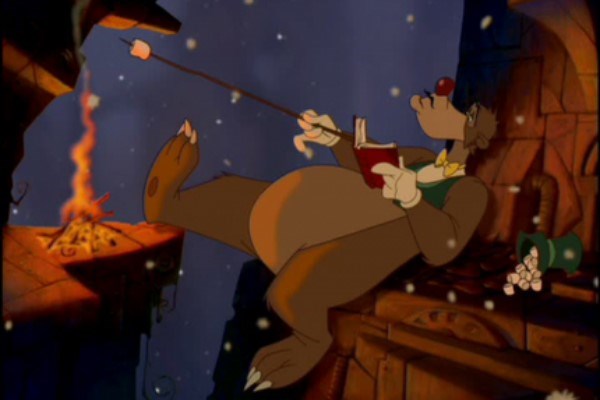 Line Friends are characters, invented in 2015 by Kang Byeong Mok (a South Korean designer), based on the stickers from the messaging app 'Line'. The characters, including our little bear Choko, are used in various products, animations, games, cafes, hotels and theme parks.

In 2019 Netflix produced an original animated series of the globally loved ‘Brown & friends’ characters including Brown, Cony, Moon and Choko. 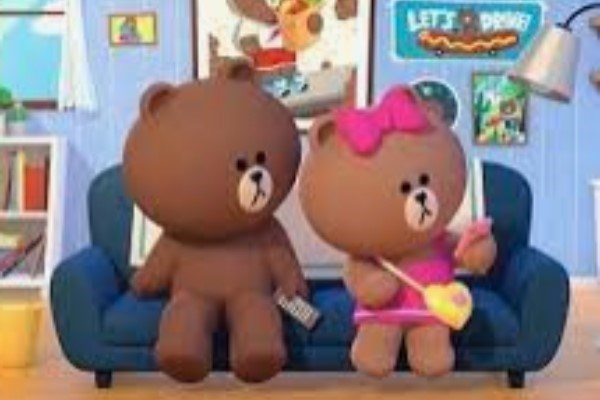 Yogi is a very well-known bear who has appeared in numerous comic books, animated television shows and films. He made his debut in 1958 as a supporting character in The Huckleberry Hound Show. In 1961, he was given his own show, The Yogi Bear Show, sponsored by Kellogg's, which included the segments Snagglepuss and Yakky Doodle. A musical animated feature film, Hey There, It's Yogi Bear!, was released in 1964, and in 2010 ‘Yogi Bear’ the 3D live-action/computer-animated comedy film was produced.

The 2010 American film centers on Yogi Bear and his sidekick Boo-Boo Bear as they try to stop their home, Jellystone Park, from being logged. Yogi is voiced by actor Dan Aykroyd in the film. 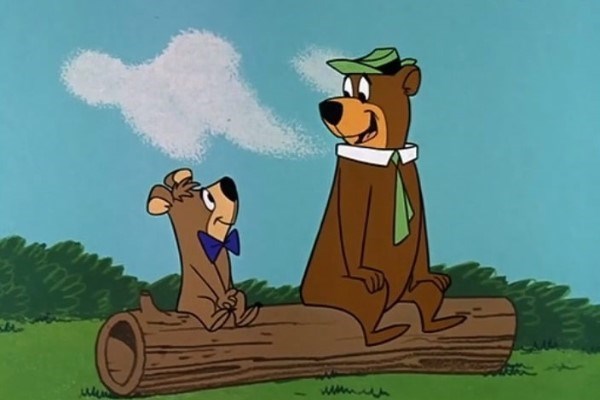 Special Agent Oso is an American children's CGI-animated TV series. The series premiered in April 2009 running through to May 2012, reruns continued to air through 2019. The series was made available on Disney+ in May 2021.

The colorful special agent stuffed bear who predominantly works on helping children perform tasks such as blowing bubbles, making a card, or cleaning their rooms; is the main character of the series. His name, Oso, is Spanish for bear. He and his friends work for UNIQUE, which stands for The United Network for the Investigation of Quite Unusual Events. 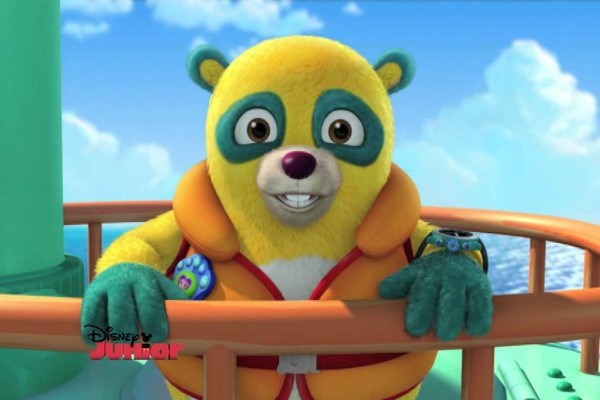 The American animated television series We Bare Bears features a cast created by Daniel Chong. The series focuses on three bears who try to navigate the human world and make friends. The Bears are the loud and adventurous Grizz (voiced by Eric Edelstein), the kind, yet nervous Panda (voiced by Bobby Moynihan) and the quiet and mysterious Ice Bear (voiced by Demetri Martin).

Grizzly (nickname "Grizz") is a fun-loving bear who tends to get the others into wacky and uncharacteristic situations. He is constantly wanting to meet new people and tries to befriend everyone he comes across. 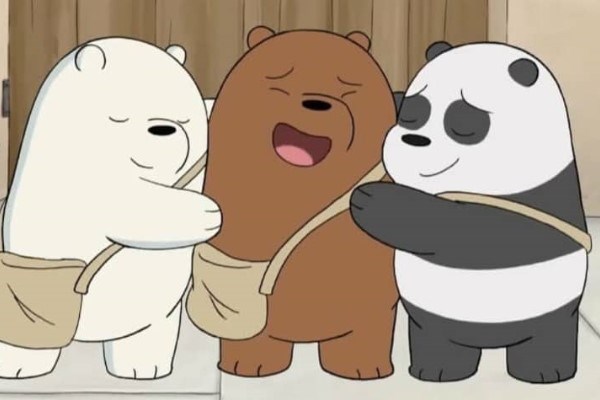 Koda is a character in Brother Bear, the 2003 American animated musical comedy-drama film produced by Walt Disney. In the film, an Inuit boy named Kenai pursues a bear in revenge for a fight that he provoked in which his oldest brother Sitka is killed. He tracks down the bear and kills it, but the Spirits, incensed by this unnecessary death, change Kenai into a bear himself as punishment. In order to be human again, Kenai must travel to a mountain where the Northern lights touch the earth. On his way, Kenai is joined by a bear cub, Koda, and learns to see through another's eyes, feel through another's heart, and discovers the true meaning of brotherhood. 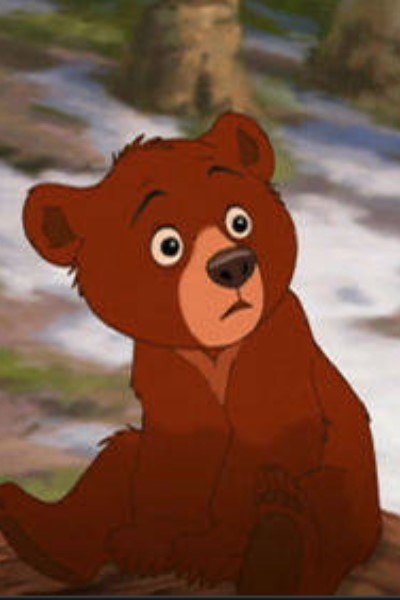 Mouk is a 2011–2014 French animated television series produced by Millimages, adapted from the work of Marc Boutavant, and directed by François Narboux. Mouk, the show's namesake is a brown bear.

The show is about two bike-riding travelers, Mouk and Chavapa, who have adventures as they travel around the world. 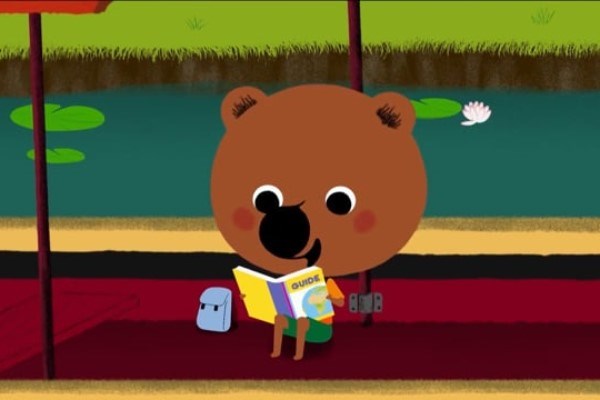 Natsu is the secondary main character of Kuma Miko: Girl Meets Bear, a Japanese manga series by Masume Yoshimoto. Natsu is a talking bear from the Kumade Village. He lives with the Miko to maintain peace between humans and bears. He knew Machi ever since she was little and is a type of parental figure to her and tries his best to deal with her antics and keep her out of trouble. 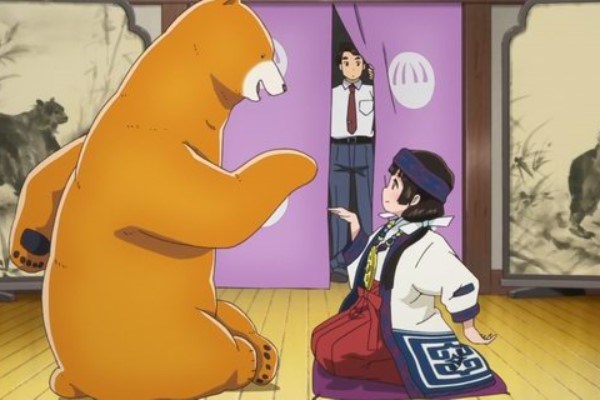 Misha the Little Bear, is an anime television series which aired in Japan from 1979 to 1980.

The series was inspired by the mascot introduced for the 1980 Summer Olympics held in Moscow, designed by children's books illustrator Victor Chizhikov and the first mascot of a sporting event to achieve large-scale commercial success in merchandise. 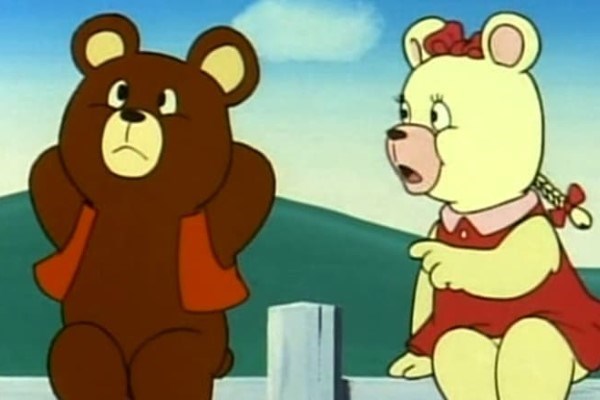 Umka is a 1969 Soviet animated film based on children's book of the same name by Yuri Yakovlev, who also wrote the screenplay for the film. Umka means "polar bear" in Chukchi language. The film is famous for its song "She-bear's Lullaby" written by Yevgeny Krylatov and performed by Aida Vedishcheva. 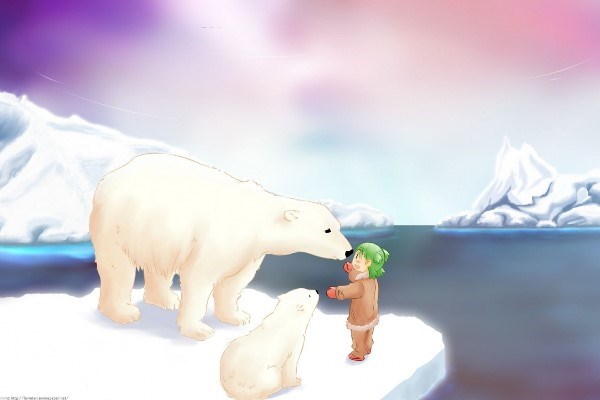