Thinking about learning to ski or snowboard?

Is one of your New Year's resolutions to learn to ski or snowboard? Have you been promising yourself that you're going to take up one of them but not got round to it yet. I suppose the big question is, which is easier to learn?

It’s a question that divides experts, and is of particular relevance to winter sport newcomers and parents wanting their children to join them on the slopes every year. Indeed, for parents, among the most difficult decisions to make when going on a family ski holiday for the first time is whether the kids should actually be learning to ski or whether they should snowboard if that’s what they really want to do. When you’re an adult, you can make up your own mind, but parents need to decide what is in the best interests of their children.

So with this article we’re going to discuss what is easier to learn skiing or snowboarding, as well as addressing the issue of whether these sports are inherently dangerous, and also providing some handy advice for parents wanting to make the right decision for their kids. 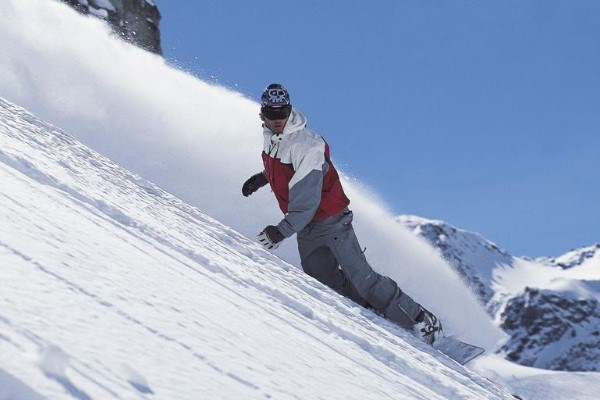 Is snowboarding easier than skiing?

It’s often said that skiing is easier to learn but harder to master, whereas the opposite is the case for snowboarding. But as in many general rules of thumbs such as this, while it is broadly correct, it must be noted that it’s not true in every case, as some people will have a natural talent, and those who take a bolder approach can often see rapid progression in either sport.

Snowboarding does tend to be harder to pick up, especially when you’re young. It requires greater muscle effort and balance than skiing, and it involves learning several new skills at the same time, such as moving around with two legs strapped to the same board.

Younger children usually lack the motor skills that are required for snowboarding, and consequently they can be disheartened by their inability to stay upright for long - family ski holidays can quickly dissolve into tantrums if this isn’t addressed! For this reason, some experts recommend that children start with snowboarding only from around the age of six, and also that one-to-one lessons can be beneficial in the beginning.

Skiing, on the other hand, is more instinctive. Sliding the skis forwards through the snow on a horizontal surface is a feeling akin to walking, and if you start to wobble, you can regain your balance simply by repositioning a foot.

It’s worth remembering that the basics of skiing are easier to grasp at any age, and a lot of these abilities, such as balance, can be usefully transferred to snowboarding later on. Another factor to be kept in mind is that as the majority of parents will be skiers themselves, it will be easier for them to teach their children or support their learning outside of lesson time if the kids are skiing too. 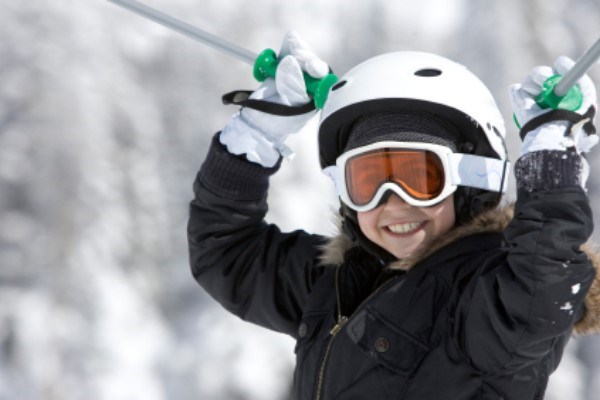 When it comes to kids and snowboarding, there are some advantages to consider too of course. For one thing, they don’t need to worry about the perils of crossing the tips of their skis, and for another it’s easier for them to walk around in their boots from lift to hotel without the hassle of carrying both skis and poles.

Whatever your age when starting snowboarding, slower progress should be expected. But, with a little perseverance, the right equipment and good instruction, most people can be feeling confident in going downhill and making basic turns by the end of a week or two.

It’s now a common sight to see young children whistling down the slopes on a board, often putting their elders to shame. A big part of the reason for this is the development in recent years of specialist snowboarding equipment aimed at young learners.

This includes shorter, more stable boards, soft boots with velcro straps, and tow ropes so that parents can pull their children along on their boards, allowing them to get used to the sensation of sliding on snow.

Such equipment is now available to buy or rent in most major resorts, and will really help children in getting off to a good start.

Is skiing or snowboarding dangerous for beginners?

While both skiing and snowboarding clearly have the potential for injury, that risk can be significantly lowered by three factors.

First, the quality of the instruction - not just in shaping technique, but in managing safety on the slopes for yourself and others.

Second, the quality of the equipment used, such as quick-release bindings and helmets.

Third, personal disposition, as in responsibility and consideration for others.

So is skiing dangerous for beginners? No, and the same goes for snowboarding, provided the foundations are laid correctly.

Skiing or snowboarding for kids? Whichever you choose, here are some pointers to keep in mind... 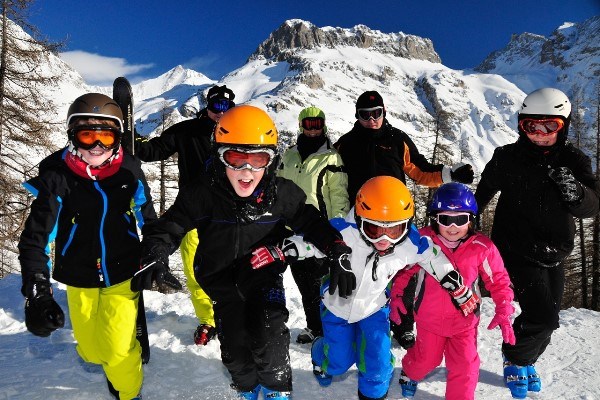